There’s something oddly familiar about the way that Larycia Hawkins is being treated by White Evangelicals. An intelligent black, political person with a Liberation Theology backgrond and a funny (by Anglo standards) name makes statements in solidarity with Muslims. The result is that conservative White Evangelicals question her loyalty and fidelity to America and to Christianity.

The obvious counterpart is President Obama, the “Secret Muslim” and “Terrorist Sympathizer”. In Obama’s case, fortunately, his job did not rest fully on the whims of White Evangelicals – though they have made things harder for him, and for the rest of us. The major difference of course is that Hawkins actually promotes peaceful solidarity and has not sent in drone strikes that kill hundreds of Muslim children each year (Which means she automatically gets my vote). 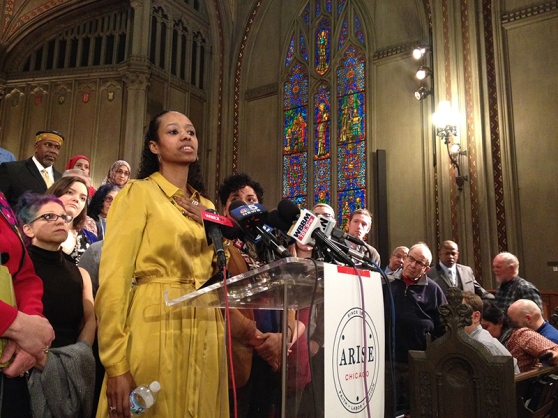 Despite Evangelical rancor, Wheaton College is not firing Hawkins because she has said or done anything opposing or outside of Wheaton’s Statement of Faith. The statement of faith is important to Evangelical concerns because it plays into the identity politics at its core – that what we believe about things is more important than what we do, who we are, how we can get along, how we treat each other. And so this document is central to Wheaton’s identity. And by way of measure, what was said in the document should be how Hawkins could understand herself to operate as a fully-engaged faculty member within the parameters of Wheaton. Within this framework, even if nudging just a bit, Larycia Hawkins and any other faculty member should be safe* from such scrutiny within the bounds of the established parameters. From the Chicago Tribune:

Hawkins has been asked to affirm the college’s statement of faith four times since she started teaching at Wheaton nearly nine years ago. She was first admonished for writing an academic paper about what Christians could learn from black liberation theology, which relates the Bible with the often-troubled history of race relations in America. Jones said Hawkins’ article seemed to endorse a kind of Marxism.

She was called in a year later to defend a photograph someone posted on Facebook showing her at a party inside a home on Halsted Street the same day as Chicago’s Pride Parade. Last spring she was asked to affirm the statement again after suggesting that diversifying the college curriculum should include diplomatic vocabulary for conversations around sexuality.

None of this is outside the parameters of the college’s SoF. But therein lies the problem. White Evangelicalism’s parameters are not just what is said, but what is implied and implicated as well particularly by its well-heeled backers.

Liberation theology – which Hawkins espouses and which she was previously censured by the school for – is viewed as particularly suspect because it violates at least two, if not most or all, of the aforementioned rules. Hawkins was also previously under fire for desiring and even personally having friendly, non-antagonistic relations with LGBTQ people.

But for the most part, these are the orthodox concerns of those who fund, not those who teach and inhabit, who are actually at the frontline of Wheaton. The same can be said with concern to the Black Lives Matter staging and unqualified support that happened at Urbana this past month as well, which the collegiate missions ministry InterVarsity Fellowship followed-up with a clarification/apology statement that muddied the waters of what solidarity should look like. The event itself was a major step forward for a White-headed Evangelical organization, in its declarative proclamation that Black Lives do Matter to God and thus should to all Christians.

But this declaration scared its donor base and so IVF had to reify its commitments to the Implied Statement of Belief. In doing so, IVF leaders had to clarify that they support black lives and the pre-born. But the most important message, the one that the donors needed to hear, is that the anti-abortion message is clear and without wavering. That the lives of (cis, straight) Black men and women are important to Evangelical institutions but do not trump the current Evangelical orthodoxy cause of fighting against abortion.

*I know this is all very unfamiliar with those of us from state and non-fundamentalist university backgrounds. However, this form of boundary-policing has been an essential aspect of fundamentalist praxis since The Fundamentals were released.

One thought on “Do Black Lives Matter to Evangelicals? Show It.”